Regarding CESSCO accessing the wage subsidy while locking out its workers

I am writing to express my dismay at how the Canada Emergency Wage Subsidy (CEWS) is being used by a company in my riding of Edmonton Strathcona and to request that eligibility for the CEWS program be restricted to prevent companies from accessing CEWS funds when they have locked out their workers.

As you know, I and my colleagues in the NDP were and continue to be ardent supporters of the wage subsidy. We advocated for a 75% wage subsidy early in the pandemic and repeatedly until the CEWS program was created. The wage subsidy has been and continues to be a critical component of Canada’s COVID-19 response and I want to thank you for your leadership in ensuring that the CEWS program continued into 2021. However, since the publication of the CEWS database in December, it has come to my attention that CESSCO Fabrication and Engineering Limited (CESSCO), a company in my riding of Edmonton Strathcona, has applied for and received CEWS support to hire scab labour.

CESSCO locked out their workers (members of the International Brotherhood of Boilermakers) June 28, 2020 after the company’s offer of wage cuts and pension reductions was rejected by the workers. It appears that CESSCO then applied for and received CEWS funding to hire scab labour rather than continue bargaining. The CESSCO workers who have been on the picket line since last June have suffered greatly during this pandemic lockout. Now, they have learned that the Government of Canada has provided funds so CESSCO can hire the scabs who are replacing them.

As I’m sure you are aware, workers’ rights are under attack in Alberta. In July, Jason Kenney’s government passed Bill 32 restricting the power of unions, undermining collective bargaining, and removing protections for vulnerable workers. Facing this and in the midst of a pandemic, Alberta’s workers are now learning that their own tax dollars are being used against them in their struggle for survival.

I think all Canadians would be appalled to learn that their tax dollars are being used in this way. But I don’t believe that your government intended COVID-19 economic relief programs for this purpose. In fact, I trust that you find this situation as appalling as I do.

I respectfully request that you immediately reconfigure the CEWS and all other COVID-19 economic relief programs for businesses to prevent employers from accessing these programs when they have locked out their workers or as a means to avoid collective bargaining. I look forward to a quick resolution of this matter and expect that CESSCO will no longer receive federal COVID-19 funds until they have resolved their labour dispute at the bargaining table.

Thank you for your attention to this matter. 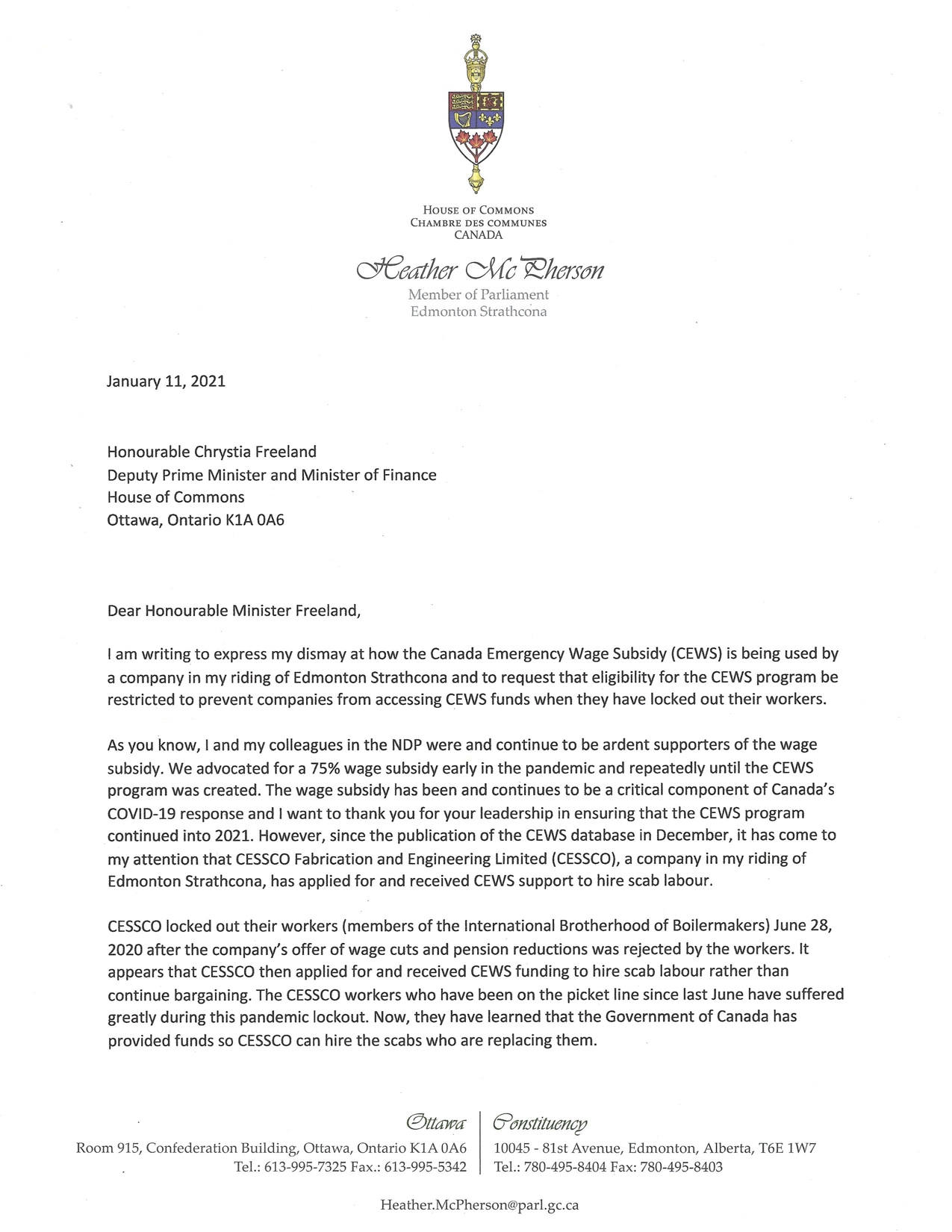 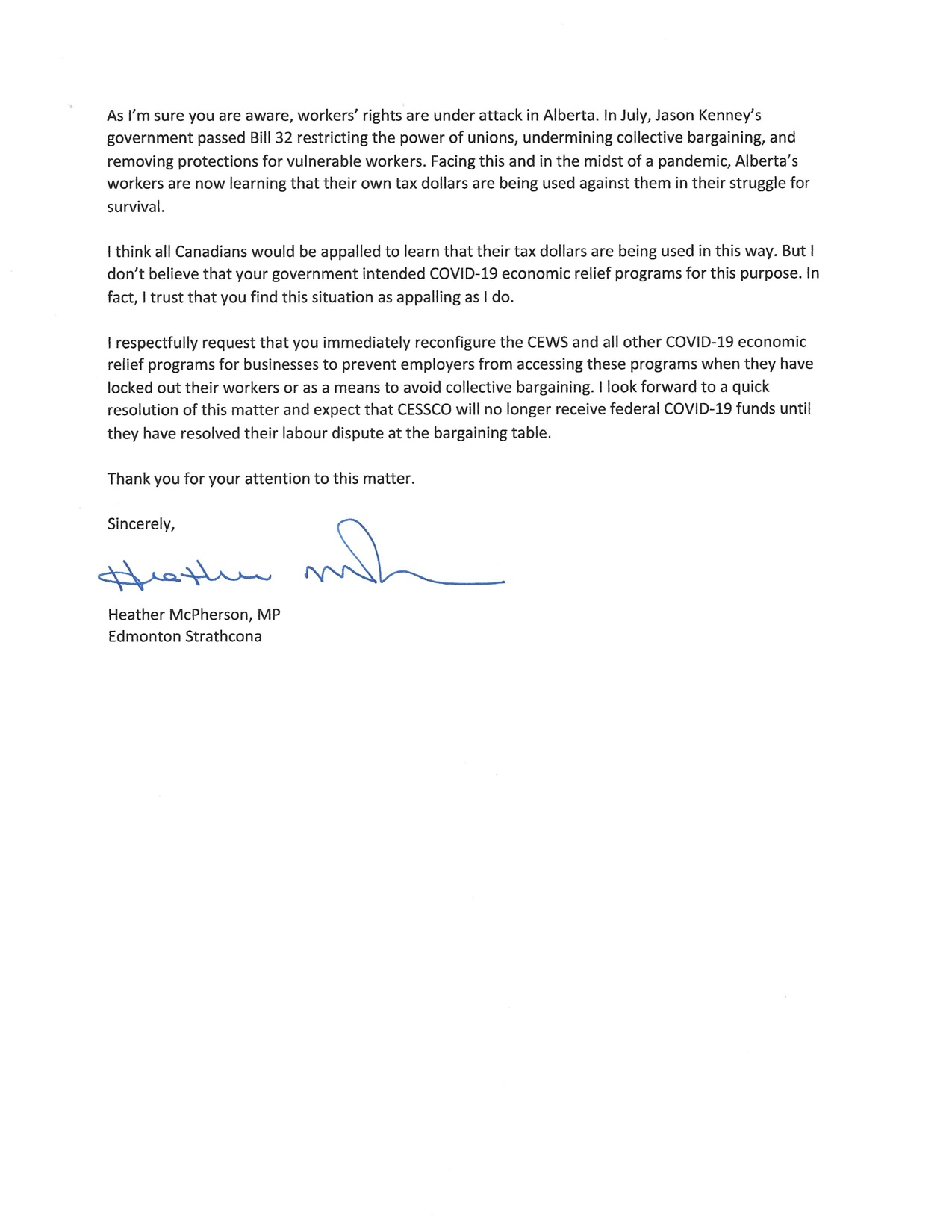